Before Boeing’s MAX return to service:
we need answers and transparency 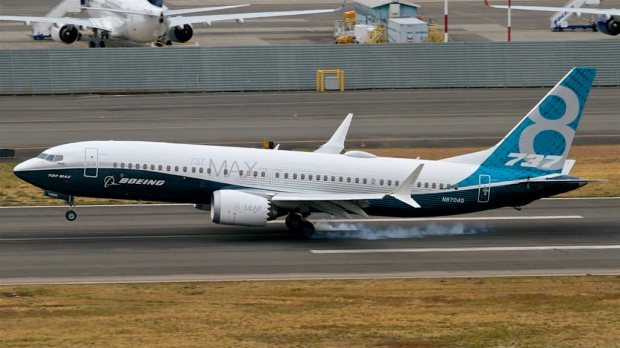 Brussels, 23/05/2019 – Regulators from across the globe are meeting today in Texas (USA), to discuss a possible return to service of the grounded Boeing 737 MAX. The FAA is currently reviewing Boeing’s proposed ‘software fix’ and is already looking ahead at taking the plane back to the sky.

For European pilots, having closely followed the developments and revelations in the past months, it is deeply disturbing that both the FAA and Boeing are considering a return to service, but failing to discuss the many challenging questions prompted by the MAX design philosophy. ln particular, how can a design and regulatory setup that originally failed by approving a flawed aeroplane’s entry into service, credibly provide the solution without significant reform? The European Aviation Safety Agency has a key role to play providing transparent, independent reassurance to pilots and Europe’s travelers.

“Boeing must bring in clarity about its design and also the philosophy that stands behind it” states Jon Horne, ECA President. “Apparently only one sensor was chosen to feed a critical system such as MCAS, rendering it highly vulnerable. No hands-on experience of this system – either working or failed – and only fitted in the first place to counteract unacceptable handling characteristics, was part of pilot training requirements. All this to enable the aircraft to be classified as a common type with previous 737s, avoiding costly ‘type-rating’ training for 737 pilots that switch to the MAX. Has the desire for a more marketable common type-rating been prioritised over a safer design of the aircraft itself? Are there any other systems where the same design logic has been applied? We don’t know. But it is us, the pilots, who do need to know if we are to fly our aircraft safely. Our list of open questions gets longer by the day. It is up to Boeing and the FAA to finally take responsibility and be transparent about this.”

Recent events, including two tragic accidents, put the spotlight on critical flaws that have developed in the system as regards design, certification, regulation and adequate training. The fact that during the certification process both the manufacturer and the authorities are difficult to distinguish, is extremely worrying. This model of ‘delegated certification’ that has presided over the MAX situation, and the same commercial drivers, are very likely to exist in other aircraft programmes and regions, and surely must also be assessed in Europe.

“Boeing essentially built a plane to a wish list that would sell well – meeting attractive fuel, cost and performance metrics, with minimal additional pilot training requirements.” says Jon Horne. “But the problem is that it seems there was no independent regulator to look at this in-depth from a safety perspective and scrutinise what appears to be a design philosophy driven by commercial priorities. What has been revealed is an oversight and regulatory setup that leaves pilots’ trust and confidence severely undermined. And the obvious question that comes to mind is: How can we be confident in a fix to MCAS, a system that is already a fix for handling characteristics that could otherwise not be certified? Are other areas of the design there to push the aircraft through certification (as a common type), with similar vulnerabilities? Do similar drivers and processes exist in other aircraft programmes with a similar character?”

The questions that European pilots have are more than the information provided so far by Boeing and the FAA. For this reason, we will rely heavily on the European Aviation Safety Agency (EASA) to scrutinise and explain the certification and the potential return to service of the MAX. On top of the strong commitment from EASA’s Executive Director Patrick Ky to EU Parliament’s Transport Committee on 18th March, the Agency has also defined ‘prerequisite conditions’ for allowing the MAX back in the air: any design changes by Boeing are to be EASA approved and mandated; an additional independent design review is to be conducted by the Agency; and that MAX flight crews “have been adequately trained”.

“We fully support EASA’s prerequisite conditions.” says Jon Horne. “And we understand the tremendous pressure that the Agency is under to be thorough, yet swift; independent, yet cooperative. We know this is not an enviable position to be in. But the Agency must be able to resist any such pressure and carry out an independent and thorough review. Simply accepting the FAA’s word on the MAX’s safety won’t be enough.”