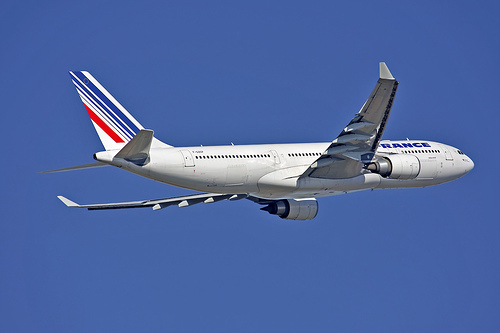 May 4th 2020 –  It is an illusion to think that KLM would fare better without Air France. Air France unions reject the KLM Works Council’s allegations that it might be better to go it alone. As a reminder, when Air France bought KLM in 2004, KLM was nearly bankrupt. Since then, thanks to the Air France-KLM alliance, KLM has experienced exponential growth, taking full advantage of access to the French market, which is three times greater than in the Netherlands. The French market is and remains one of the largest, most attractive and most lucrative in the world, with 89 million international arrivals in 2018.

Thanks to the joint sales force with Air France, KLM also benefits from equivalent access to Air France’s highly profitable business contracts. Without this access, KLM’s share in the group’s revenues would be much less.

One thing is therefore clear: KLM would not be as attractive and lucrative without access to the French market.

KLM also benefits from the shared services of sales and revenue management teams, which however remain under KLM management.

Air France controls neither its own digital investments, nor its own freight sales, nor even its own revenues. KLM thinks that this is somewhat normal. And yet within the group, there are two separate cash accounts, since KLM has always refused “cash pooling” within the holding company. Not a single euro has ever been transferred from KLM to Air France. It is therefore incorrect to think that KLM “supports » Air France. Air France finances all of its investments, including its fleet, but above all also finances the major share — up to 60% — of all of the Group’s joint investments, from which KLM obviously benefits. All the systems shared between the airlines are therefore chiefly funded by Air France, as well as the international expatriates who are also primarily paid by Air France.

Accordingly, without Air France, KLM would be required to pay more than double to maintain the same level of investment and functionality as today.

If the KLM Work Council thinks that this “marriage” is so much to its disadvantage and considers that the grass is potentially greener elsewhere, it may be time to ask the right question objectively: is it conceivable that the company would benefit from as many advantages by separating from Air France and by associating itself with other partners? Above all, it would require a buyer that is fully aware that the agreement of the holding company would prove essential, since KLM remains a subsidiary of AF-KLM. Air France has repeatedly proven that it has the determination and the means to survive and has already shown its commitment to make itself over. In the difficult period we are experiencing, it should be time for unity rather than fears and divisions. We therefore call on our colleagues at KLM to be more cautious and restrained in their statements. As for Air France employees, they will know how to take the necessary steps to restore the greatness of their wonderful company in the interests of the entire AF-KLM group.